The previous Gov't told us there were and would be no health problems from the minefire, and stuck to that stance - despite evidence to the contrary repeatedly presented to them. 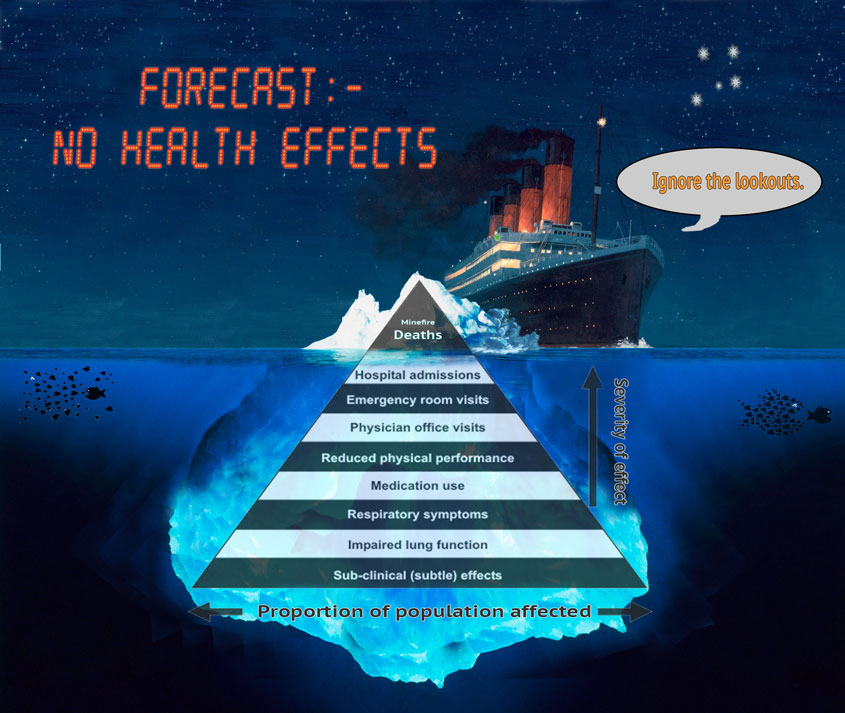 We (VotV et.al.) have had to prove deaths (mortality) before the Health Department would officially acknowledge the existence of health problems (morbidity).

Basically we had to prove their were deaths before they could begin to acknowledge the problem and treat the sick.

The First Inquiry called expert health reports and testimonies. The expert report makes very interesting reading, it is very insightful into what the health effects of the minefire would be and what harm the particular elements are scientifically shown to cause.

It was reassuring to find this document made sense of, and even in some cases predicted, our community research findings.

A new Gov't and an enhanced Inquiry legitimised the concerns and found that the odds were that the minefire contributed to the increase in deaths.

Hopefully now we can get a shift in the official stance of that Department to address what is going on with the communities health here.

Who does it affect?

This is the CSIRO model of the area exposed... 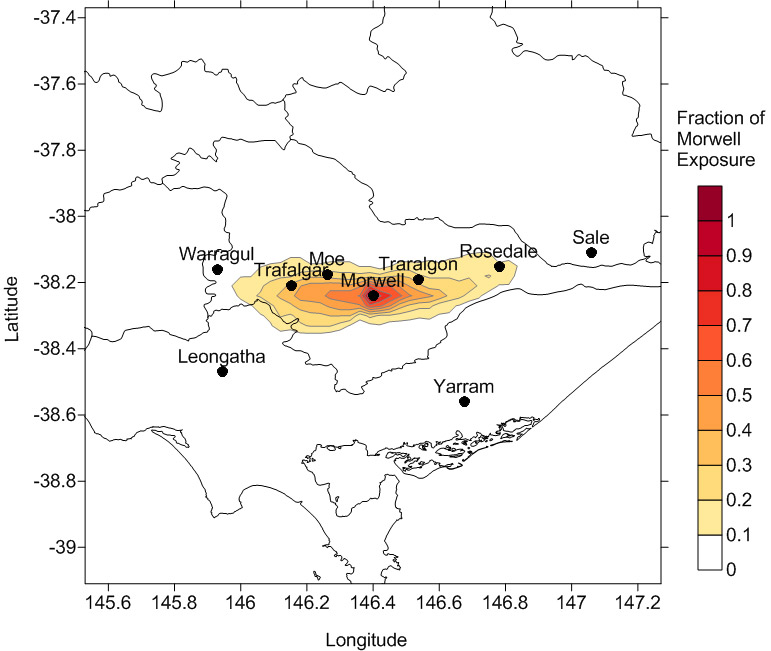 Well lets hope the powers that be got the first Inquiry's message, :-

The Latrobe Valley will become the state's first 'health conservation area' and have its own health advocate, if recommendations from counsel assisting the (first) Hazelwood Mine Fire Inquiry are adopted. (full article here)

On 29th of January 2016 the Inquiry released it's report to parliament on what can be done to best address the short, medium and long term health issues.

The State Government has responded to the Inquiry report and has accepted all of it's recommendations for action.

A Health Zone task Force has been established to set up the health Zone.

see more and have your say here...