A communities need for jobs does not equal a social licence for unhealthy industries. 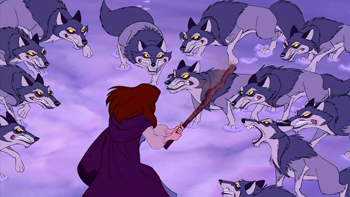 Wolves pack around those perceived to be vulnerable

Dirty and dangerous industries are usually located in the most disadvantaged communities.

This is a long standing and well known social and economic phenomenon.

The more a community is perceived to be in need of jobs, the dirtier the jobs offered will be.

Long before the closure of Hazelwood the writing was on the wall for the coal industry in the Latrobe Valley.

Offers of industry and projects began to come forward that had previously been destined for India and other third world countries.

Those who feel, rightly or wrongly, that it is their job to produce good employment figures in these communities must be sorely tempted by the plethora of dirty industry proposals disguised as jobs and growth and a boost to the local economy.

Some proposals never get far because markets or backing fall out, some because they are inherently unsafe and some are still worming their way through the red tape out of sight of the broader community.

Out of sight and with no real feedback, worker and government groups might assume that the general community or public will risk their health and that of their families for the promise of a few jobs.

Strangely enough, that is exactly what the Latrobe Shire and the CFMEU have put forward to the State Nuclear Inquiry, that there is a "Social Licence" for a series of nuclear power stations in the Latrobe Valley.

Given that VotV believe that this affects the whole community for generations and not just a few of its workers, we believe the community should be asked if they are willing to take the risk.

What are your thoughts?